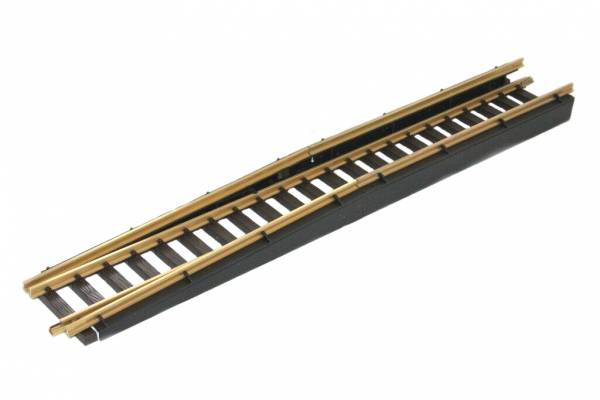 At the end of the 19th century a Schmalspur railway, the Nordhausen Werniger orderbahn (NWE) was built in the Harz. In order to avoid the costly reloading of goods, standard freight wagons were often placed on skis to allow them to be driven over the narrow-gauge track. The NWE therefore built two rollerbok pits, one in Wernigerode and one in Nordhausen. The Schmalspurbahen in the Harz are now privatized as Harz narrow-gauge gorges (HSB). Unfortunately, the Rollbockgrube in Wernigerode was demolished in 2004. The Rollbockgrube in Nordhausen still exists. It is no longer used.

Modelbouw Boerman is launching a fully functional rollbock pit at the beginning of 2017 in scale 1: 22.5. Wernigerode serves as a model. The Rollbockgrube is equipped with all the necessary equipment to allow the automatic lifting and lowering of all our standard cars.

The Rollbockgrube is the link between gauge II and gauge IIm / G. It allows the operation of both spindles on a system, as it was in reality.

The pit allows the gardener of the track G to expand his or her gondola on lane II, thus considerably increasing the play value.

Please pre-order without obligation. The price is still non-binding and can still change until delivery.